While many view the spring flooding along the Katy Trail as a detractor, our family used it as an educational opportunity. The trail is spectacular in all seasons and conditions, but a high river occurs only so often, and it is rare for many to get such a close view of the Missouri River as it hurls trees downstream as if they were twigs.

Daddy why are there so many whirlys? 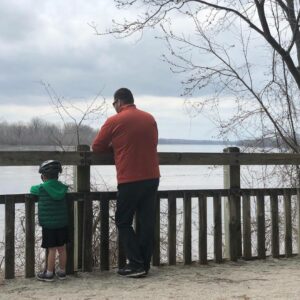 Jack, 5-years-old and curious about the world was in complete awe of what he was seeing. The trail just east of the Rocheport Trailhead runs feet away from the river. As the water rises, the fast moving river becomes more aggressive and sends loads of swirling whirlpools off the main channel.

Would those whirls suck you to the bottom?

Why does God make floods?

What if a squirrel was trapped on that tree floating down the river?

How much I love these moments. To the first question, yes, the whirls would likely suck you to the bottom. This river is mighty and can be terrifying even at normal levels. A valuable lesson and great question from a kiddo who has never feared any body of water. 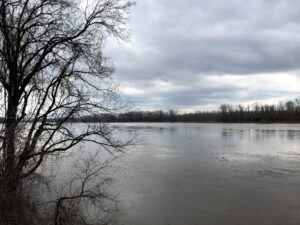 e river is meant to flood, to answering the second question. It is a part of what makes the earth so special. Yes, floods can be scary, I lived in St. Charles during ’93, but that is part of what peaks our interest. Perhaps all of us desire to be in awe of something greater and more powerful than ourselves.

This is how it always goes. My-5-year old has a few simple questions that rabbit hole me into a deep reflection. Just as I dive too far in the weeds, he suggests a squirrel riding on a tree down the river. Yes son, that would be hilarious (assuming the little guy found his way off). Life pondering can continue at a later date.

Exploring on the Katy Trail

After some deep reflection and laughs we proceeded down the trail to uncover a “dinosaur cave”. This cave of sorts was actually a section of the bluff that lined the side of the trail. The bluff curved underneath itself and was walled off. It provided ample opportunity to explore and postulate how or why the cave came to be. While still uncertain of its existence, I accepted Jack’s theory that it in fact once held a dinosaur, and that it was super cool. 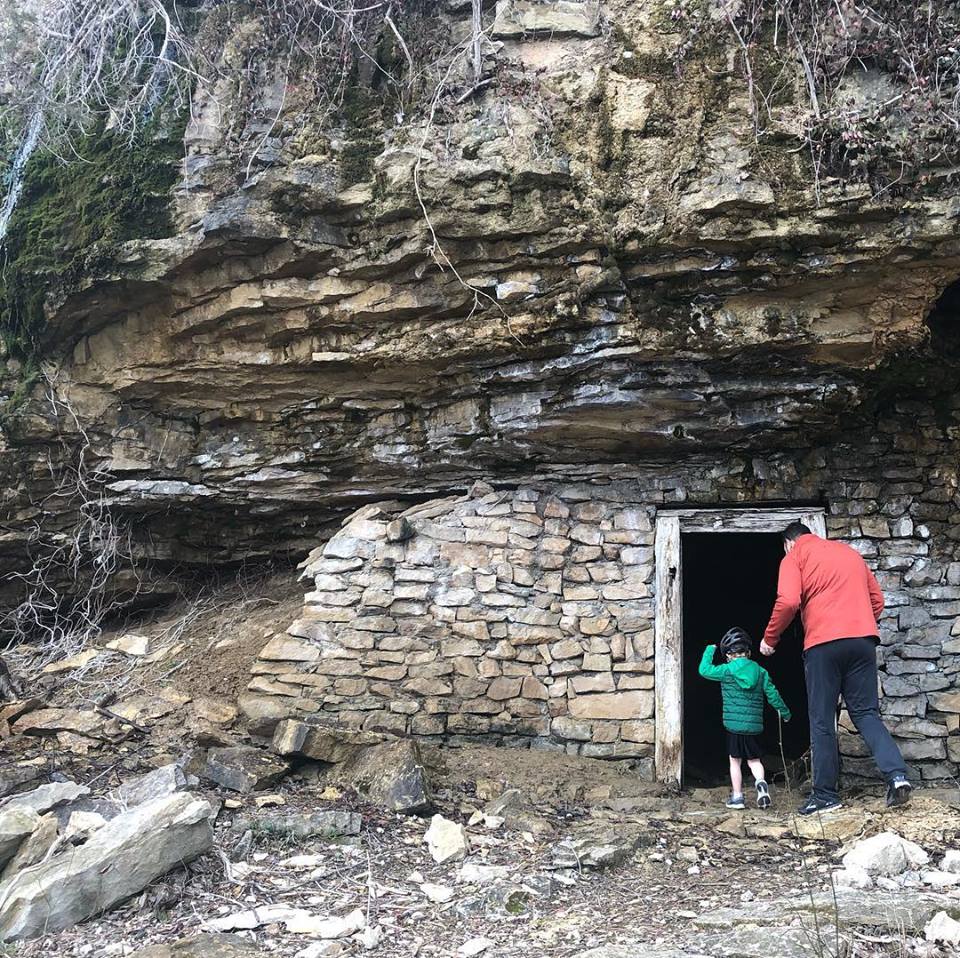 We continued riding toward the Missouri River Bridge which spans the river and the trail and made a loop back to the trailhead. Here we were able to ride west towards the famous Rocheport Tunnel as we hoped to get a glimpse of the flood waters covering the trail on the other side. 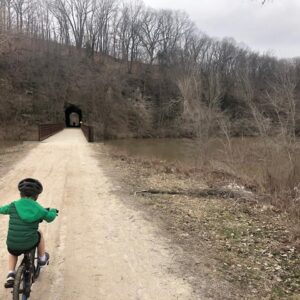 Too late! The trail had been closed to traffic. The river had climbed to around 27 feet on Sunday and the forecast called for water to continue rising.

As the weekend approaches, why not carve out some time to enjoy the trail in Rocheport, Missouri? It truly is a fantastic time to visit and observe one of natures most powerful spectacles.

If you bring the kiddos to the trail do keep a close eye as the power of the “whirlys” is definitely real.