The Missouri River closely follows much of the Katy Trail which adds to its beauty and in some cases, hazardous conditions. While flooding can potentially close portions of the trail, much is currently open and actively being used.

Last week I wrote about a wonderful opportunity for viewing the rising waters as my wife and I took our son for a ride in Rocheport, Missouri. The trail is spectacular in all seasons and conditions, but a high river occurs only so often, and it is rare for many to get such a close view.

Today we happened to be visiting family near the start of the Katy Trail in St. Charles, MO. The river was forecast to crest at 30.7 feet. We learned last week that when the trail closes, a fence is about all their is to see. So, we explored down the trail a bit and visited the trailhead in Frontier Park.

Pictured above was the parking lot near the park. As you can see the river has jumped its bank rendering the Lewis and Clark Boat House and Museum inaccessible. Wisely the museum was built on stilts of sort so that the bottom can take on what looks to be 15 – 20 feet of water before reaching the main structure. 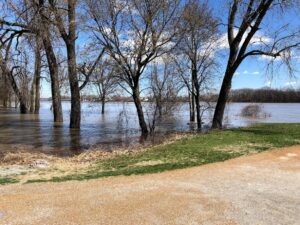 From the boat house we walked towards the section of trail that lines Frontier park. On the way we came across a family fishing in the park, or was it river? It kind of blurs at this point. The river water spilling into the park had also trapped several fish and they were actually in the process of taking an Asian Carp off the line. An invasive species that has been wreaking havoc in Missouri lakes and rivers for years.

After our run in with the fisherman my son was itching to stretch his legs a bit and ride his bike around the park. We talked between puddle splashes – a lot about how the fish got in the park as well as what other animals we saw. We counted dozens of geese and encountered the Missouri state bird flying around the train depot (it’s a bluebird by the way).

A fantastic monument featuring Lewis and Clark was a favorite stop. Famous explorers are always more interesting when immortalized as giant metal statues with a massive dog along side them. 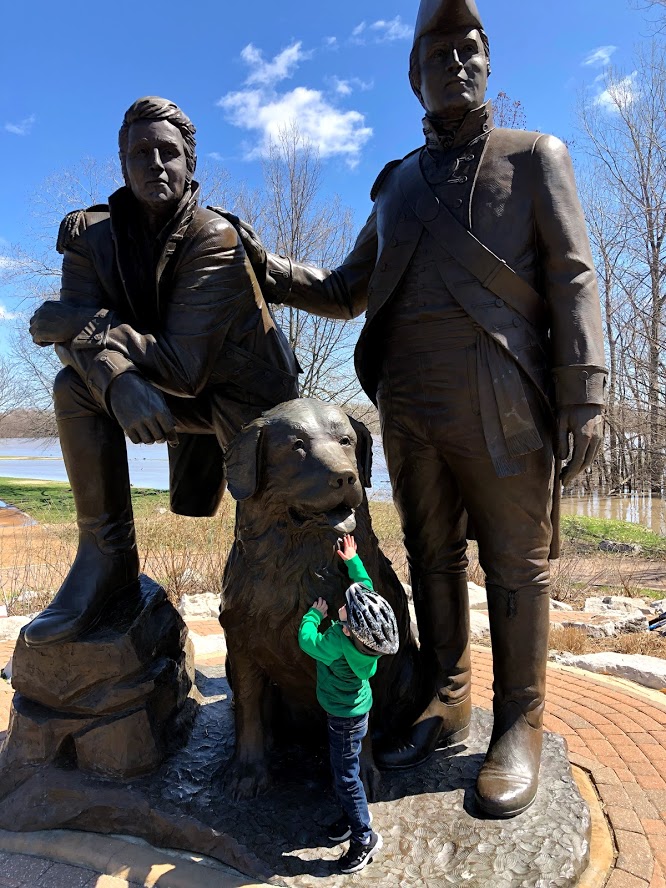 A fantastic trip to the park as it built off what we had learned about the river in the previous week. Currently the forecast is for the river to drop over the next several days and the hope is for it to stay at more manageable levels. Our flood lessons are complete and we are ready to dive into spring. A few trees in the park are signaling they are ready! 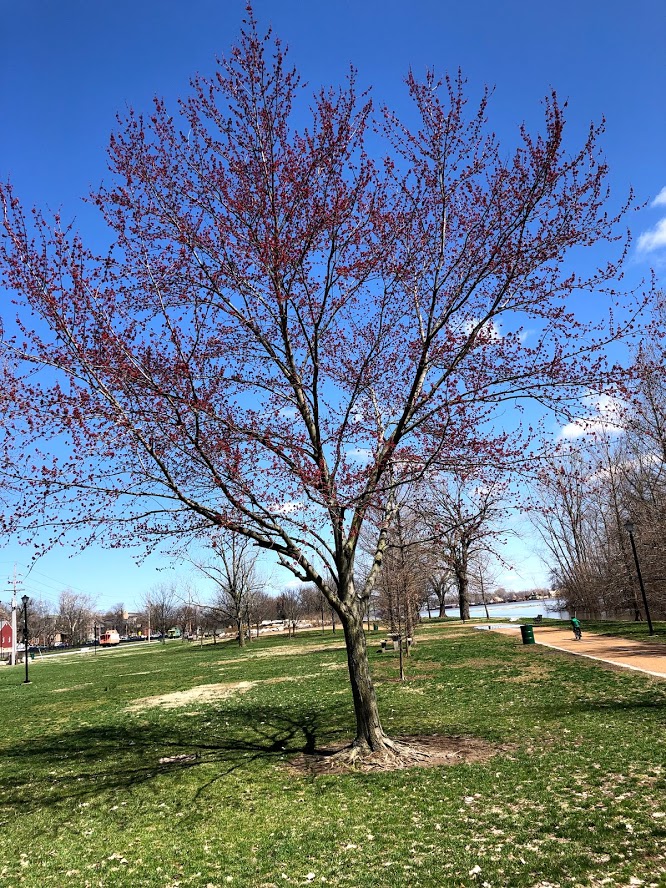